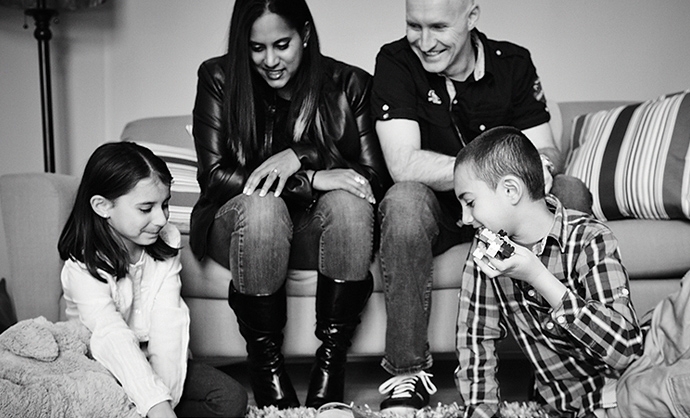 Our journey began on the evening of Saturday, July 14, 2007. Evan, our two year old son, had two Grand Mal seizures in two hours. Evan was put in an isolation ward in the Pediatric Critical Care Unit and I was sent to the parents lounge to wait.

A family of another young boy suggested that we look into staying at Ronald McDonald House Charities® South Central Ontario (RMHC®SCO). It was a short walk away and it would at least give us a place to take a shower and relax. I remember thinking to myself, “Why would I have to go to Ronald McDonald House? What is that anyway? I don’t need that. We won’t be here that long!” Little did I know what was in store for us.

When we were finally discharged, we had spent over six weeks in hospital and Evan had 130 Grand Mal seizures. It was a bittersweet time for us when we had to leave.

We made such good friends with the people at RMHCSCO. The staff and volunteers truly made the house into a home for us.  They helped us in every way they could and treated us like we were part of their family.

While going through a difficult time like this, people show their true colours and we learned who our true friends and family were.  It was so calming to know that when my friends and family could not be there to support me, I could count on the “family” of RMHCSCO.

Please considering making a donation to RMHCSCO and helping a family like ours.

Sign up for our e-newsletter to read inspiring stories from our families and keep up to date with Ronald McDonald House Charities® South Central Ontario news.